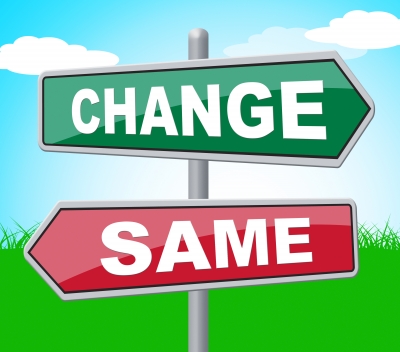 As you advance your career in a highly competitive labor market, you may run across an interviewer who asks you "Why did you change jobs so often?" HR expert and frequent Forbes contributor Liz Ryan believes this question comes from interviewers who don't have a lot of experience handling the hiring process. Believe it or not, having several jobs for nine months to three years is perfectly normal.

Ryan says the truth of the matter is that one year is no longer a short-term position. When you change jobs so often, there could be several reasons behind this fact as listed on your previous experience section of your resume. The fast-paced world of the global economy leads to mergers, acquisitions, bankruptcies and business failures. Perhaps a corporation let you go when you were part of an entire department that disappeared when the company merged with another. Outsourcing and sending jobs overseas happens more frequently as businesses seek to lower expenses and increase profit margins.

In a labor market with a high demand for workers, as is the case in 2017, you may have other reasons to change jobs after just a short time. You see an opportunity and you take it. A job might open up at another firm that pays better, has better benefits, presents a better path to promotions or is a better fit for your personality. Companies are willing to pay top dollar for top talent, and you simply followed the gravy train.

Your interviewer should already understand that there are myriads of reasons why people change jobs. However, you still have to answer the question if someone asks it during an interview. Instead of giving a blow-by-blow moment of your professional experience, take the high road even if you had some bad experiences due to layoffs, poor bosses or a bad fit.

For example, you can make the argument that you hopped jobs so you could gain many learning experiences while making a difference in the lives of many people. You wouldn't trade the skills you learned, the people you met or the experiences you earned for anything. In summary, you gained valuable insider knowledge by working so many jobs in a short amount of time.

Rather than apologize for you working so many jobs, own it. You can say things happened unexpectedly, but each and every one of the people you worked with enjoyed your personality and felt you did a great job. The real-world experience you gained allowed you to get a feel for various positions at different companies so you could sharpen your focus as you move forward on your career path. Hopping jobs increased your motivation, expanded your network and built up your resume, all of which leads to landing your dream job.

The main thing to remember when you have question about why you change jobs a lot is to remain confident, friendly and polite in your answer. Once you alleviate your interviewer's fears, the person should move onto other questions about your soft skills, critical thinking prowess and personality.