If You Think Your Last Interview Was Bad, Check Out These Horror Stories 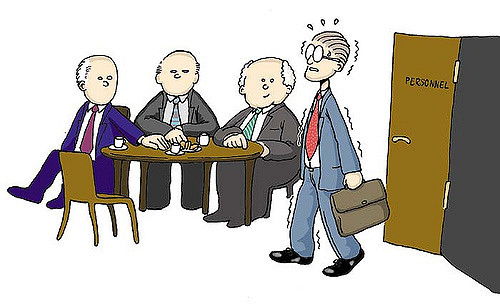 It's not uncommon for job seekers to bomb a job interview due to nervousness or insufficient preparation. However, some reasons for bombing a job interview are simply inexcusable. If you feel bad because you messed up your last interview, the following interview horror stories, posted by multiple hiring managers on Reddit, might make you feel just a little bit better.

One Reddit boss described a situation in which a 19-year-old male candidate, who had previous work experience and met the job qualifications, brought his mother to the job interview. The interviewer politely asked the candidate's mother why she was there. In short, the mother wanted to make sure the company was right for her son, and she also wanted to make sure the interviewer asked "fair questions." Needless to say, this guy did not get the job. Bosses require workers who can think independently, and bringing "mom" along on interview day demonstrates the opposite.

It's important to be honest with potential employers, but being too honest can actually ruin your chances of landing a position. One Reddit boss was hiring seasonal employees for the holidays. A young lady came into the retail store inquiring about a position. The young lady explained that she's in trouble with her parents due to bad grades and irresponsible behavior, and she needed a job because they're making her pay her own car insurance. The young lady essentially told the employer exactly why he shouldn't hire her, and he didn't.

Before attending a job interview, make sure you're aware that hiring managers can be any age or gender. One Reddit boss described an instance when a female candidate, who was approximately 15 years her senior, incorrectly assumed that she was not the boss. Not only did the candidate begin a very casual conversation, but she also began putting on makeup during the actual interview. According to this Reddit boss, the candidate probably thought she was the boss's secretary. If this candidate did just a little bit of research before the interview, she would have known she was speaking to the person in charge.

If you have any interview horror stories that are similar to the ones mentioned above, it's time to seek guidance. Speak to a job search professional at your school or within your local community. Ask for job interview tips, and set up a few mock interviews with industry professionals or close friends. Ask for constructive feedback, and continue to work on your interviewing technique until you hit a home run with your dream employer.